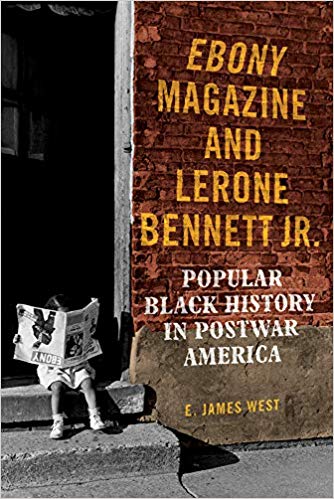 The story, and stories, of Alexander Murray Palmer Haley (1921-1992) challenge belief in more ways than one. He was the great djeli (griot) who wrote Malcolm’s story down before connecting Africa and America in America’s popular culture and the charlatan story-weaver who made up a phony African past and attached it to his family. He lived as a near-worshipped figure but, after his death, he had been re-labeled a semi-disgrace—a hustler who lied, plagiarized and died in financial ruin, his materials and memories, authentic and otherwise, auctioned off into a faded national memory.

Robert J. Norrell, a white University of Tennessee professor, thinks Haley got the bummest of historical raps. So he makes clear in this biography, billed as the first full one of the 20th century writing legend, that he will take his time to go through the public, long-standing criticisms about Haley, and square it with facts. Norrell believes that the most successful Black author in the 20th century was a victim of celebrity, a man who committed misdemeanors but was mandatorily sentenced in the American sphere.

The main question marks surrounding Haley’s tarnished halo are tackled directly. Did he plagiarize from Margaret Walker’s “Jubilee” and Harold Courlander’s “The African?” Not necessarily—almost, but not quite. Not using the strictest note-taking methods, he settled out of court because he wanted the issue to go away. Did he make up the story of Kunta Kinte and Gambia? He had a story and found people in Gambia who decided to adopt it for tourism’s sake. Doubleday decided to market the tale as nonfiction, and Haley didn’t protest. Was he really the opportunist and quasi-FBI stooge that Manning Marable portrays him in “A Life of Reinvention,” Marable’s controversial Malcolm X biography? Haley, a struggling freelancer, was on the hunt for big journalistic and nonfiction game, yes, but he genuinely admired Malcolm and wanted his people to see themselves as descendants of Africans. Is he a liar and a faker? He is a man who told a story too good to be true too many times, and wound up believing it. He had his hustle tight—until it unraveled fully after his death, when the facts were publicly checked.

To his biographer, Alex Haley was a proud Black man writing in the big leagues during the 1960s and 1970s, a time when white novelists were becoming luminaries by melding fiction and nonfiction in their magazine articles and books. Novelists back then were trying to re-create journalism and nonfiction as art. (As Norrell points out that the Malcolm X autobiography was “the creation of its subject’s life, not a factual recounting of it. That can be said of all autobiographies.”) Inspired by what was happening in America’s literary scene, he took what he knew and created a kind of Black Power and African consciousness that was palatable to white audiences. He was responsible for the creation of timeless Black heroes that countered the worst of the Blaxploitation film era, endless reruns of Tarzan films, and stereotypical Black network television sitcoms: “Kunta was the second great hero Haley had created on the page,” writes Norrell. “Kunta and Malcolm X both were examples of fierce, independent, and manly characters, and together they formed a new and cherished archetype for Black Americans—and indeed for many whites.”  He was a man who stood in the center ring of America’s white centennial and pushed for new Black/African images, unbound by the stigma of slavery.

So yes, Haley was a pioneer on how to fake-it-until-you-make it philosophy, but his fakery is showered in good intentions as well as opportunistic ones. Norrell doesn’t remove Haley’s devil’s horns, but instead places him and his by-all-accounts impactful work in a positive purgatory. The biographer documents a Black man he believes should be celebrated for writing about Black men who forever changed Black people from Black Americans to African-Americans. With Malcolm’s autobiography, Haley pencils in a winding map of Malcolm’s life and thoughts. And with “Roots,” he gives Black America a shining myth of their very own. There are worse ways to be remembered, and Norrell encourages the (re-)formation of this affirmative recollection.