I finally understand accept Barack Obama. When I was in elementary school in the post-Civil-Rights/Black-Power 70s, we were taught, and ultimately performed in a school assembly, a suite of songs called Ballad For Americans. Some guy with a real deep voice led the chorus on the record we heard, studied and copied (And on that starry morn…/Oh, Uncle Sam was born! [Some Birthday!]). Reading 44’s account, the first of two volumes, I felt the same energy and purpose in this wide memoir–one, like its subject, does the amazing trick of A-1 narrative lacking first-person emotional depth; the real Obama is somewhere within his first memoir Dreams From My Father and in the books of his biographers. What remains is an account for the future American believer, written by a champion of the American downtrodden, not the oppressed. In Obama’s world, only two choices exist: a) give up (cynicism); b) work within the system for change–change meaning incremental moves. The post-Ballad Paul Robeson–the one that got in what Obama hero John Lewis has popularized as “good trouble,” real good–can’t appeal to 44, because the Obama of this book sees his white grandmother’s reflection in the mirror. He’s the kind of person who, as a child, waved an American flag with his family for the Apollo 11 astronauts, a person who hypothetically believes that reason leading to common understanding one day will, to give an example not in the book, pull down a Confederate statue. (Obama is not the only “new” American on the scene: He is symbolically aping the Ballad Robeson, while Lin-Manuel Miranda imitated him more literally.) He admires the Tea Party’s radical organizing but refuses to commit to it himself: “I’d spent my entire political career promoting civic participation as a cure for much of what ailed our democracy. I could hardly complain, I told myself, just because it was opposition to my agenda that was now spurring such passionate citizen involvement.” The Trump-ish forces represented by the Tea Party, then, understood/stand they’re in a (racial) war for the future of America but Obama sees it as mere (angry) civics. Sadly, this explains a lot. So 44’s map to the immediate future is optimistic and very realistic–way too so, if you happen to think white supremacists are more than just controversially civic-minded. But this Captain America has no choice but to be this way because he long ago locked the doors to any other ideas, any socio-political imagination that comes from first breaking the mirror.

Wow! This blog is almost 15 years old! My first (or second) non-“Schoolhouse Rock”-oriented anniversary, since I’ve run out! I’m so happy to remember, and subsequently to present, this substitute! Thanks, as always, Saswat, for this blog!

Okay, since I have now officially run out of “Schoolhouse Rock” songs, I have a whole year to figure out how to publicly celebrate this macro-blog’s birthday! 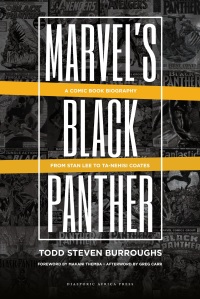 As Always, THANKS for the blog, Dr. Saswat! 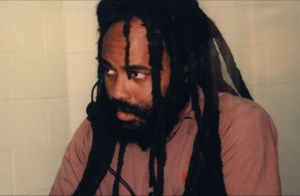 If you think “Man of Steel” made all the right decisions, then you will think this is pretty good–unless you pay attention to the plot, script and acting. However, Ben Affleck nails Batman and Bruce Wayne! 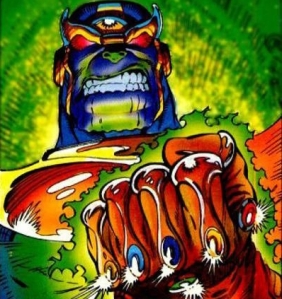 Huge. (Maybe even a Guardians of the Galaxy-Avengers crossover!) Excited over this now-classic storyline ever since it was teased at the post-credit scene of the first Avengers movie.