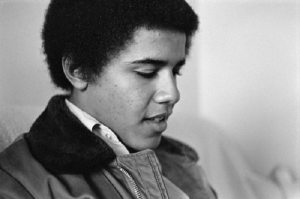 Here’s the block that got cut out, about the biographer and the his approach: 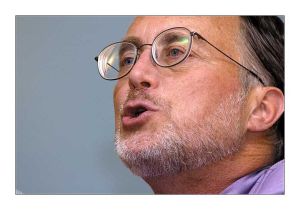 If there is ever to be a Hall of Fame for post-World War II American biographers, David Garrow has worked undeniably hard for his statue. The energy and sweat required of a great biographer are present. The book’s promotional material says Garrow does research worthy of Robert Caro, the man who has devoted half his life to writing about Lyndon Baines Johnson, and the hype is right. His thousands of resources include The Chicago Defender and several weekly newspapers, which allows him to use facts and statements others have forgotten. He had access to an incredible amount of detail, and decided to use (almost all of) it, to give the reader almost a month-by-month portrayal of 46 years.

Since the fable is so well-known, Garrow needed to perform a tragedy to give the reader a reason to re-visit this territory. He constantly prepared the reader for disappointment, showing that the potential compromises were there all along under the winning smile and Black Kennedy mystique: “[W]hile the crucible of self-creation had produced an ironclad will, the vessel was hollow at its core.”

The so-called hot news of the book—that Barack Obama, a young, over-educated, tall, handsome, single Black man, had a lot of sex before he got married and that he asked his serious live-in girlfriend, a half-white, half-Japanese woman named Shelia Miyoshi Jager, to marry him—is a complete yawner. The story that Garrow tells as he outs Jager is that Obama broke up with her because he needed a Black woman (World History, meet Michelle Robinson) to be a successful Black politician. So what that he asked another woman to marry him? Choosing a wife is a life-effecting process, not just a political one. It is possible that Obama made the decisions he did for purely Machiavellian reasons, but it is equally possible that Obama, a Half-rican, purposely chose a one-hundred-percent American Negress so he could have an authentic Black family. Just because he loved Jager doesn’t mean he was supposed to spend his life with her, and just because they wanted to marry doesn’t mean history was somehow thwarted by ambition.

Garrow is filled with critique—of Obama and of crush-ing Obama journalists and biographers. In his blistering epilogue, Garrow skips the most obvious reason his presidency was impotent: the intent of the Republican Party to oppose him on everything, from the administration’s first day. The epilogue is so intent on being critical—and it should, considering it’s about a man constantly compromised in ways he sees as pragmatic and necessary—it seems not to care where the criticisms originate. Meanwhile, Garrow ignores the most biting Leftist jabs. Strange choices for a left-of-center author. Garrow finds every disappointed friend, every Obama enemy, every teacher and influence he can, and includes them along with seemingly every colleague who at any point praised him. Jager accusing the president of political cowardice is the high-note of a critical symphony.

JUNE 7th UPDATE: Thanks to Jared Ball for this discussion!