Got this in the transom! Made some minor edits. Glad to post it!

A standing-room-only audience saw MXCC join forces the National Alumni Association of the Black Panther Party for an afternoon loaded with emotional gravity and historic dimensions.

The historic dimensions are pointed. The Library is in the neighborhood where Malcolm himself lived in those intense times of struggle representing our people’s struggle and from where the unsung but legendary Queens chapter of the Black Panther Party would leap onto the stage of history.

Many may know of the incredible story of the founding chapter of the Party in Oakland in their first skirmishes with the police and city officials over the need a traffic light at a key point that busy West Oakland community. The same is so for the Panthers of Corona, Queens, detailed Panther veterans Yasmeen Sutton, Cyril Innis, and Claudia Williams.

“We did all those other things.

“We got petitions signed.

“We went to council meetings.

“We did all those they said we were supposed, but it wasn’t until we shut down the streets and the traffic that we really made difference,” Williams said.

It goes further. The Black Panther Party, their presence and insistence over a building being demolished in a neighborhood, also fought for the very creation of what became The Langston Hughes branch of the Library.

The Library, nicknamed “The Schomburg of Queens,” is fully decorated with local and global images of African American History and Art, by the way. The gallery just outside of the auditorium where the event was held was resplendent with an incredible exhibit of Sophia Dawson’s “To Be Free,” her enormous portraits of current U.S.-held political prisoners!

This was also the first time the now-time-honored event was held during Black August, the Panther-launched time for the appreciation of the martyrdoms of George and Jonathan Jackson and hugely important Black revolutionary uprisings and for generating support for Political Prisoners.

“So when we are talking about Nat Turner and Boukman and Dessalines and the mighty ancestors of the Haitian Revolution, the one we won.

“ When we look at the valor of George and Jonathan–I mean, Jonathan, 17 years old, leading a bold military extraction mission–when we look at that, we are looking the fact that there are going to be times when the spirit of our boldest ancestors who took the fight for our freedom into the own hands by any means necessary emerges in the present in that same bold way and we need to push that energy forward among more of us now,” said an impassioned Zayid Muhammad, who stewarded the night for MXCC.

Political Prisoners Mutulu Shakur and Russell “Maroon” Shoatz have Black August birthdays and their families were well represented by their children as was Imam Jamil Al-Amin, Veronza Bowers and Kamau Sadiki. The MOVE Organization and Mumia Abu-Jamal were represented this year not only by Pam Africa, but recently MOVE political prisoners Janet and Janine Africa after 41 years! They survived a bulldozing, water-hosing and shooting by Philadelphia Police back on Aug. 8, 1978, and Janet, Janine were among those MOVE members imprisoned and subsequently dubbed “The MOVE 9.” Only Delbert Africa and Chuckie Africa remain in prison from that ordeal. They are up for Parole Consideration again in September, as is Jalil Muntaqim, who has now been in prison for 48 years!

Incredibly, the gathering, now its 24th year, was also held on the Black August anniversary of beloved N.Y. Panther Safiya Bukhari, who passed on Aug. 24, 2003, at only 53.

Organizers presented the event with a special intensity because most of the political prisoners represented by their families are facing very serious medical challenges. “Maroon” Shoatz and Chuckie Africa are now battling cancer. Kamau Sadiki is facing vascular challenges that almost led to the amputation of his foot. Delbert Africa just survived a kidney failure scare. Imam Jamil Al-Amin, now 75, just survived what is reported to be a minor stroke.

The community was culturally treated to Ngoma, endearingly called “the artistic army of one” in spoken-word circles. His video piece “The Real Panthers Ain’t In Wakanda,” is buzzing on social media. Regtuiniah Reg did a poem dedicated to Black August and Ksisay Sadiki, the daughter of Kamau Sadiki but perhaps better known as an emerging filmmaker, provided everyone with a taste of “First Born,” her one-woman show on her relationship with her courageous father. 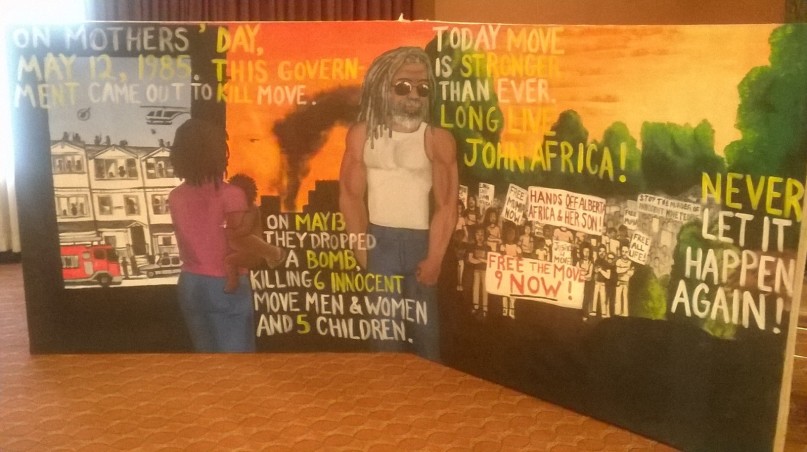 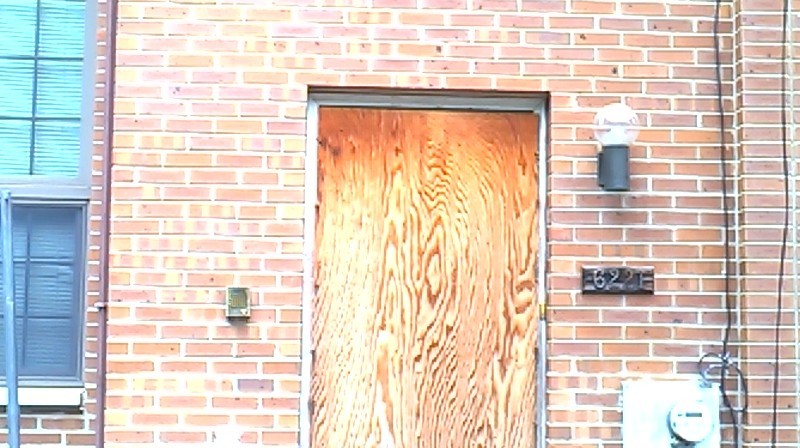 MOVE is not just some memory, but an existing–and perhaps even mainstream!–organization, I learned yesterday.

Thanks to Jared Ball for the trip and Mark Bolden for the photos.