Attention, writers: three years is a long time to write these books:

“Spider-Man 2” from 2004 (the powerfully ballooned version of “Spider-Man,” vol. 1, no. 50, “Spider-Man No More”) is this writer’s gold standard of “Spider-Man” films. Although “Spider-Man: Far From Home” was extremely effective, it didn’t reach that mark. It got real close, though. Then came the first post-credit sequence. That mere two minutes blew theater-goers’ minds and blew “Home” into “Spider-Man 2” territory. It was so shocking that the film’s second post-credit sequence, a somewhat surprising one to a Marvel (Comics) Zombie and completely perplexing if one is just a Marvel movie fan, almost fell flat. Which is quite an accomplishment for Marvel, a studio that, before this film, was criticized for making movies with plots that don’t move characters forward, action without real stakes and filled with heroes who face no consequences. No more, indeed. Wow, wow, wow.

This epic is many things, among them a meditation of how powerful love, honor, duty and friendship can be, if among the right group of people. An extraordinary end–and make no mistake, it is an ending! Deserves its place among the greatest superhero films ever made, even if detractors will correctly point out that it’s the sequel to 21 films, one that mined all its predecessors to create a perfect-hits collection. 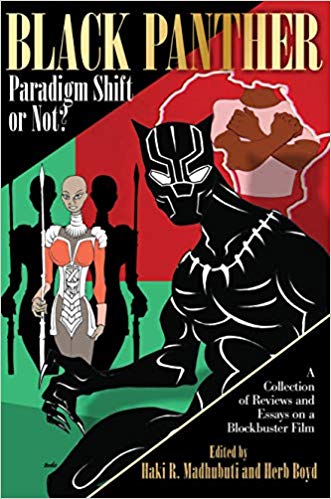 Black Panther earns three Oscars. Since its inception Marvel Studios’ Black Panther has provoked and stoked a wide range of interest, and now that the blockbuster film is the recipient of three Oscars the film’s acclaim extends beyond the box office.
No, it didn’t get the top prize, but it was a barrier breaker as Ruth Carter was the first black woman to ever win in the Costume Design category; and another first for a black artist when Hannah Beachler took the trophy, which she shared with Set Decorator Jay Hart, in Production Design. Additional spice arrived when Ludwig Goransson earned an Oscar for the Best Score in a Motion Picture.
These awards and other nominations for Black Panther augurs well for populist cinema that is traditionally scorned when it comes to taking home the coveted awards, particularly an Oscar, which is Marvel’s first.
It’s a good bet the honors to Black Panther will not only boost the appreciation for populist cinema, it should also enhance the appeal of a number of products and projects such as Black Panther: A Paradigm Shift or Not? the forthcoming anthology at Third World Press, edited by Haki Madhubuti and Herb Boyd. “All of the celebration and awards for the film is nothing to thumb your nose at and we at Third World Press extend all our good wishes and hope we can do as well with our publication,” said Madhubuti, the press’s publisher and founder.
The anthology, which includes more than forty writers, film critics, scholars, and activists, has a timely appearance and should be able to reap some of the renewed media attention the film has sparked. Among the contributors are Nicole Mitchell Gantt, Jelani Cobb, Brent Staples, Abdul Alkalimat, Bobby Seale, Robyn Spencer, Diane Turner, Greg Tate, Maulana Karenga, Marita Golden, and Molefi Keta Asante, et al.
As may be discerned from the contributors the anthology is a compilation of mixed views and opinions―with both praise and a critique of the film. “The film has aroused a variety of conclusions, a wellspring of differences that we felt compelled to give them a forum,” said Boyd. “Like the film, the views expressed in the book are often very provocative.”

This is the movie that “Green Lantern” should have been. Very serviceable, and a good origin story–more for NICK FURY and SHIELD than the lead. All involved struggle against the worn out superhero-origin-story format, and succeed perhaps to the limit they can. Only for the most Marvel hardcore–and/or for cat and Samuel L. Jackson and Clark Gregg lovers. 😉

This month not only marks the first anniversary of the release of “Black Panther,” a.k.a. The Film That Won’t Go Away. What will be little noted is that this February is also the 40th anniversary of another well-remembered African/African-American moment.

On the small screen in February 1979, James Earl Jones, fresh from his then-uncredited voice-over role as Darth Vader in the first “Star Wars,” was seen in a safari shirt and glasses on every ABC-tuned television in America, stabbing his pen into a pad, shouting the following into the then five-channel television universe: “You old African! I found you! I found you! Kunta Kinte, I found you!”

“Roots: The Next Generations,” the mammoth 1979 sequel to the groundbreaking 1977 original, ends with Haley’s (Jones’s) journey to the Gambia to search for the young ancestor who was captured when, as the Haley family legend goes, he went into the woods to make himself a drum.

The search for Haley’s fantasy-ish Juffure resonated with African-Americans (in fact, it’s partly how we eventually accepted that term for ourselves in the late 1980s), and with millions more who wanted to find out about themselves. It’s the core story, the central idea that, in 2019, spurs those Ancestry.com commercials and has given Henry Louis Gates, the Harvard Africana Studies professor, a new career in public television.

Haley’s historical novel and the vision of comicbook legends Stan Lee and Jack Kirby hold more similarities that one thinks. Aren’t both the imaginary product of 1960s magazine content producers? Isn’t Killmonger just a version of Kunta Kinte who finally makes it back home and reclaims his birthname and birthright? Isn’t the Juffure showed in “Roots: The Next Generations” a low-tech Wakanda of sorts—a (relatively) unspoiled, seemingly un-interrupted Africa?

Although “Roots” was created for television as an American family tale, it nevertheless brought home the central tenets of Black Power and Afrocentrism—that we are an African people. ABC broke through with a depiction of Africa that defied the “Tarzan” movies from the 1930s through the 1950s that were a staple of Saturday afternoon viewing on local television channels. For a people that had recently abandoned “Afro-American” for Black, the contrast was jarring. I was 9-years-old when the first “Roots” miniseries aired, and it shook me to the core. But not completely: I still loved those Tarzan films, watching them for years afterward, but I began to wonder why I couldn’t understand the Africans, and why they kept dying consistently. 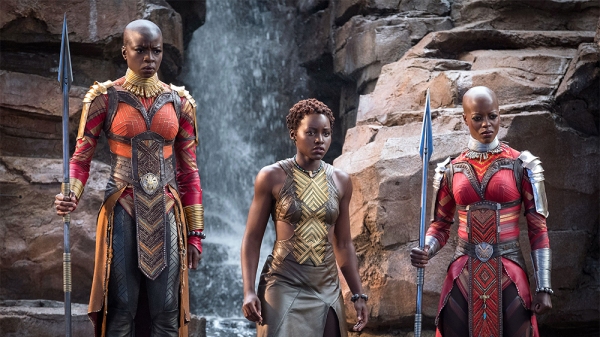 What happened between “Roots” and “Black Panther?” More knowledge. Africana Studies—now in its 50th year, struggling to survive, but back then growing and expanding as a discipline. Sci-Fi-era technology that allows us to see Africa and converse with Africans every day. World travel not being a big deal anymore.  A growing Afro-futurism movement that is including all people of African descent, regardless of geography, gender or gender orientation. So “Panther” came right on time, as a production of visual African/Black nationalism, a visual sense of Black/African victory, to counter the white nationalism of Trump and Brexit.

The very idea that the African Union has set out to create a Wakanda shows that even Africans are searching for the Africa they see in their own minds. Imagination serving its highest role—as inspiration. (I hope and pray that the AU, thus inspired, will turn down requests for the Chinese to build it.)

For better or worse, Black History Month now has an imaginary element. We have merged with Kunta Kinte, and have turbo-charged his drum with Vibranium. Using American mid-20th century fantasy, we have gone in our minds from victims of colonization to superheroes forging our own destiny. In 2019, we have checked our DNA, and know more fact than fiction about ourselves. Of course we are of African descent, we now say, confused how anyone could think otherwise.

Whether “Black Panther” wins any Oscars later this month is much less important than this truth that might double as fact: Ryan Coogler, T’Challa, Okoye and Shuri have killed Tarzan, for real this time.

Drums in the Global Village
Create a free website or blog at WordPress.com.