Cambridge University Press very savvy-ingly sent 2017’s Weeping Time out recently to note that Bailey is a contributor to The New York Times’s 1619 project. The publisher then followed up in the mail with advance copies of  Becoming Free, Becoming Black, which will be published in January. Both books chronicle the struggle of enslaved Africans in the New World: Free from the 16th through the 19th centuries and Weeping in 1859, the year of John Brown’s raid.

Bailey skillfully uses white documents to expose white supremacy and detail Black agency. The 400-plus slaves sold on that one terrifying Georgia auction block in two days belonged to one master, Pierce Mease Butler, and the letters and diaries of his family allow us a tiny, often-racist window into the nearly-destroyed lives of the enslaved Africans. Bailey correctly uses her historical and cultural expertise as a counterpoint to the white racist documents, almost talking back to them. She shows extensive knowledge of the many Africanisms of the enslaved Africans, who are Gullah/Geechee. It is unfortunate, then, to say that she does not conclude her centuries-filled, memory-themed journey into the realm of African-centered scholarship, which has a pointed and clearly-articulated worldview about Africans, colonization/enslavement and memory. Her comparison to European Jewish efforts to remember the Jewish Holocaust is tired and–painfully and ironically, in this particular context–colonized, Eurocentric thinking that needs permanent rest in the form of suffocation and deep burial.

One sub-theme tying Bailey with de La Fuente and Gross is the supreme love enslaved Africans had for family and home. Bailey describes that home-love as so deep, some now-freed Africans would stay on their former plantations, creating new relationships with their former masters on lands they knew well. De La Fuente and Gross–in their comparative legal history comparing the legal structures of Iberian, French and English legal approaches to ensuring that Black equals slave, regardless of Christian conversion–mention a free woman, Ann Riter, who petitions Virginia to be re-enslaved so she can stay with her family after the state demands in 1861 that free Black people leave it. All three territories were, in the authors’ words, “successful, brutal slave societies.” Gross and de la Fuente show how Blacks fought the respective legal systems they were trapped by to establish their rights as human beings, while Bailey shows the fight of the descendants of the Butler clan to stay alive.

These books are among the many that exist and are coming–meticulous, serious international studies of slavery that translate end explain 16th-, 17th-, 18th- and 19th-century documents correctly. With power and grace they excavate and display the many voices of Black resistance. 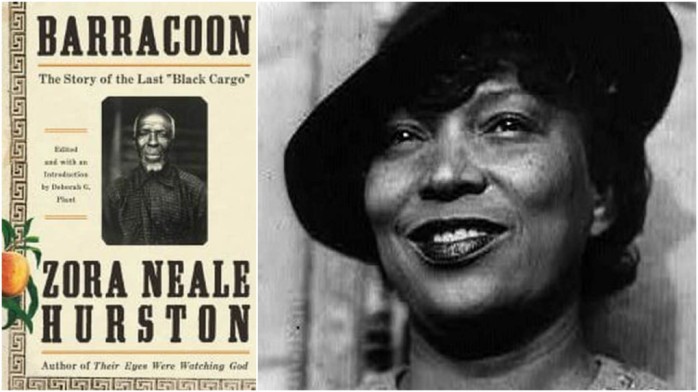 Zora (and her frenemy Langston) spent their lives doing what writers are supposed to do. Here is an example. And here is an excerpt.