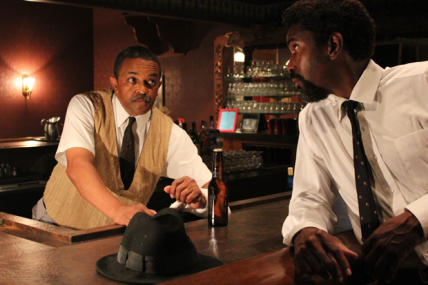 I have begged my friend Melki to get a blog so he can share all these comments on emails he sends to me, and instead he just gives me permission to use them. So, here goes:

The good thing about “Empire” coming back, Melki, is that it diverts attention from the news that the Bill Cosby total is now PAST 50!

This is great in many ways only because it reminds me of early hiphop and jazz when all the great artists worked together on the same projects. Ludacris had a role in this episode and my man who played with Wesley Snipes in Sugar Hill. All these great actors who won’t getting no shine from Hollywood. With Empire and Kevin Hart’s Real Husbands eury black actor is getting some checks and Tyler Perry’s name ain’t on it no more! LOL! 🙂

So I can use this for the “Drums” blog, Melki?

sure! I just don’t want the Lion trying to roll up on me! These internet streets is real, sun!

So, Melki, what do you think about the brother who’s taken over from Jon Stewart?

All I can say is Trevor is way funnier than John Stewart.
Sadly, well not too sadly, but he and John Oliver are the funniest and hardest hitting right now.
Haven’t seen the latest Colbert *&$! and “The Nightly Show” is running 3rd in the realm of news satire.
Oliver’s addressing of the issues and Noah’s comedic timing put them above every one else.
Wilmore is on their trail and is blacker which is always good!

OCTOBER 15th UPDATE FROM MELKI: A few notes on Empire. The actor I mistakenly identified as Michael Wright is actually Andre Royo: http://www.imdb.com/name/nm0747420/?ref_=ttfc_fc_cl_t29 he plays the streetwise attorney who has quickly become Lucious Lyon’s right hand man, willing to do whatever it takes to keep him out of jail. The last episode also featured an almost video done in the Black Panther motiff addressing the issue of police brutality which is becoming more and more a prominent aspect of the tv show. While being arrested by some jump out cops, Cookie screams ““If I die in police custody, I did not commit suicide.”….so this means my last post about art and protest uniting for this generation is starting to hit home more and more.