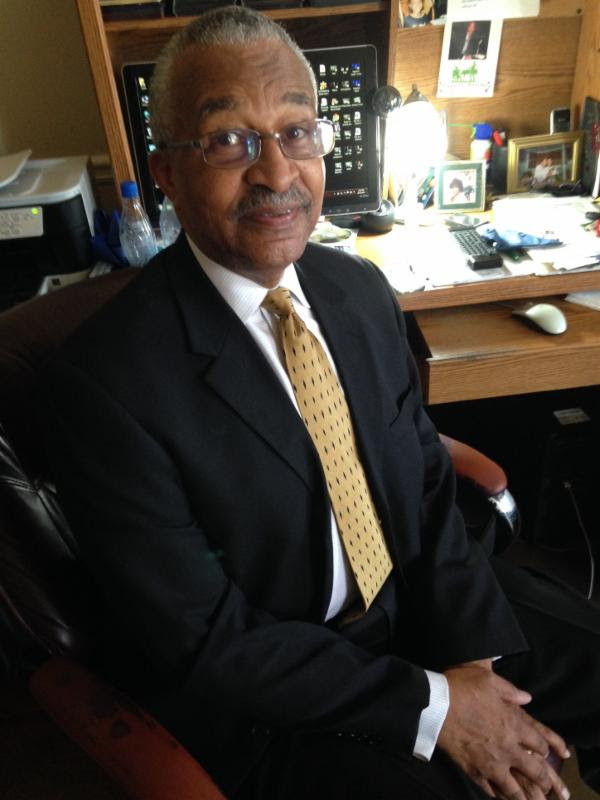 Very sad news. I’m glad he has the strength of his faith and his family around him.
When I began paying attention to Black press (as in, weekly Black newspaper) column writing in the 1990s, his column was everywhere.

Part I of a Two-part Series:
‘First, You Cry’: Black Press Columnist Battles for Life After ‘Devastating’ Diagnosis

(TriceEdneyWire.com) – For the past 22 years, Jim Clingman has published his cutting edge “Blackonomics” column in Black-owned weekly newspapers around the country. The column mainly pushes for economic justice, which he views as a core necessity for Black progress in America.

But as this award-winning columnist, author of four books, college professor, entrepreneurship expert, speaker and businessman continues to fight with his pen, Clingman, a Cincinnati, Ohio native, is suddenly engaged in an unexpected and devastating personal battle. It is a battle for his own life – and quality of life.

Eighteen months ago, doctors diagnosed Jim Clingman with ALS, the gradually debilitating disease that leads to partial or total paralysis of the body and a most often two to five year lifespan after diagnosis. It is the ailment that has become known as “Lou Gehrig’s disease”, named for the professional baseball player that died from it in 1941 at the age of 37.

Many have learned of ALS from the so-called “ice bucket challenge” that has raised more than $100 million to research the mysterious illness. Despite the popularity and positive results of the challenge, it can effectually belie the physical, emotional and mental suffering of those who have been diagnosed with it.

“We should not let the celebrity and the novelty overshadow the seriousness of this disease. It’s a terrible disease,” Clingman says in an interview with the Trice Edney News Wire. “It’s a terminal illness. They just kind of throw up their hands and try to figure out what they can do to help you manage because there’s no cure. People who know, know that it’s devastating. People who don’t know, they may ask what does that mean?”

According to the ALS Association (ALSA.org), here is what it means:

If that’s too clinical, Jim Clingman, in his vintage, matter-of-fact style of communicating, makes it simple: “It’s like having a stroke one neuron at a time,” he says. “It’s very slow. It’s subtle. But it’s determined. It’s deliberate. It’s a literal assault on your body. And every day you get up you do inventory: ‘Let me see, is this still working okay? Is that still working okay?’ And you know we have billions of neurons, so it’s like a death by a thousand cuts. A slow process, but a deliberate process.”

So far, the creeping symptoms which he first noticed six years ago in 2009 with a weak foot that caused him to stumble when he tried to bowl, have gradually grown into the loss of his ability to walk without help from a walker to sturdy himself. The weakened muscles in his feet and calves have also ended his beloved 35-year bicycling activity. But because the disease is so mysterious, he recalls how just getting to an actual diagnosis was literally a roller coaster.

First, in 2010, he went to a doctor who said he had a spinal stenosis, which means a nerve in someone’s back, protruding through the vertebrae and irritably rubbing on the bone.

The doctor said, “it’s pretty simple to fix” by shaving the bone so the rubbing couldn’t happen, Clingman recounts.

Attempting to avoid the surgery, he went through a few months of therapy first. But, then he noticed that his left calf was becoming smaller than the right and that his left leg had become weaker.

So, in November 2011, he went ahead and got the back surgery, which healed in a few weeks. But, it was his wife, Sylvia, a nurse, who said “it didn’t look like my walk was getting any better…I had back surgery for nothing.”

Then, “I did every test known to man. I went to two neurologists who just threw up their hands and said, ‘I don’t know what this is.'”

Finally, a doctor gave him a battery of tests, “An MRI, cat scans, blood work. He had to rule out everything: Cancer, MS, Parkinson’s disease.”

Then, on Aug. 23, 2013, he received the devastating news. For a healthy man then 69, an avid cyclist who could ride a hundred miles on his bicycle, the diagnosis literally rocked his world.

“I’ve never spent a night in the hospital, never had a broken bone, never been sick other than just a cold. When I was a child, I had measles and chicken pox, that kind of thing. But, I never had anything lingering or wrong with me physically. I’ve always been pretty active, even up to a couple of years ago…So, this was like devastating, you know.”

Now, 18 months since the diagnosis, Clingman is beginning to feel the effects in his upper limbs.

“I can feel a little something in my fingers and arms feeling weaker than normal. As I sit here and write, I sometimes miss the keys, making more mistakes.”

And then there’s the mind-numbing prognosis. Typically, ALS patients live between two and five years after diagnoses, according to the National Institute of Health.

But Jim Clingman – and his family – are anything but typical. Alongside his wife, Sylvia, a neo-natal intensive care nurse, and his daughter, Kiah, a graduating senior at the Howard University School of Communications, this family is standing on their spiritual faith in God while doing all they can in the natural to fight.

“It’s a day to day thing. I have to put it like that. I try to look at the positives like the fact that it started in my foot instead of in my face. It can start in arms, hands, etc. The doctor told me, ‘If there’s anything good about this it’s where it started in you because it started in your foot and has to work its way up.'”

Meanwhile, there is only one drug for ALS that is approved by the U. S. Food and Drug Administration (FDA). It’s called Riluzole. A blue bottle of it sits on Clingman’s desk in a den otherwise surrounded by photos of loved ones, books – lots of books – of course his computer, and his walker nearby.

Riluzole “slows progression of ALS but does not cure it,” according to NIH. The agency also reports studies that conclude that Riluzole only prolongs life for a range of months.

“It keeps your diaphragm from collapsing, which would prevent breathing,” Clingman explains. But, other, even better medications are being studied.

The New York Times reported in February this year that a new ALS medication called GM6 – still in experimental stages – has now shown to “dramatically slow down the progression” of ALS. The article reports that after using the drug, at least one man “showed small improvements in speech and swallowing, and certain proteins used to signal disease progression actually moved back toward the normal range.”

But, the article, written by Angelina Fanous, a 29-year-old who has been diagnosed with ALS, comes to a similar conclusion that Clingman expressed in the interview.

Fanous writes, “Unfortunately, given the length of time it takes to win approval for a new drug, it will be about 12 years, $4 billion and many more deaths before GM6 makes it into my medicine cabinet. I will be in a wheelchair, using a feeding tube, or dead by then.”

Genervon, the maker of GM6, which it calls GM604, posted a press release on its website March 21 saying it met with the FDA in February and “we have filed a formal request for the Accelerated Approval (AA) Program and are now waiting for a final decision.”

Meanwhile Genervon stresses, “In the U.S., it is illegal to access GM604 without FDA approval or outside a clinical trial.”

An online petition, already signed by a half million people at Change.org, offers some hope to influence the FDA to accelerate approval. Here’s the URL: https://www.change.org/p/lisa-murkowski-fda-accelerated-approval-of-genervon-s-gm604-for-use-in-als

The petition appeals to U. S. Senator Lamar Alexander (R-Tenn.) who chairs the Senate Committee on Health, Education, Labor and Pensions; Sen. Patty Murray, the ranking Democrat on the committee; as well as Janet Woodcock, the doctor who is director of the FDA’s Center for Drug Evaluation & Research. About 18 other people, including senators and FDA administrators are also listed.

ALS notwithstanding, Jim Clingman is up for this fight. He is well aware of the petition and hopeful that millions will sign it and that the powers that be will listen.

“The FDA and the bureaucrats won’t allow it to be used…The petition asks them to accelerate the process.”

But, as he waits, he and his family are leaning on their faith, which right now, is everything.

“If I didn’t have that Hazel, I’d be a wreck. I know it. Doctors give death sentences, but God gives life sentences – eternal life.”

He recalls his initial response after receiving the diagnosis, captured in his now daily journal writings. In a nutshell, he says, “First You Cry.”

Next Week, Part II of ‘First You Cry’: Jim Clingman – His Family, Their Faith and Their Fight

Part II – ‘First You Cry’:
Jim Clingman, His Family, Their Faith and Their Fight
By Hazel Trice Edney 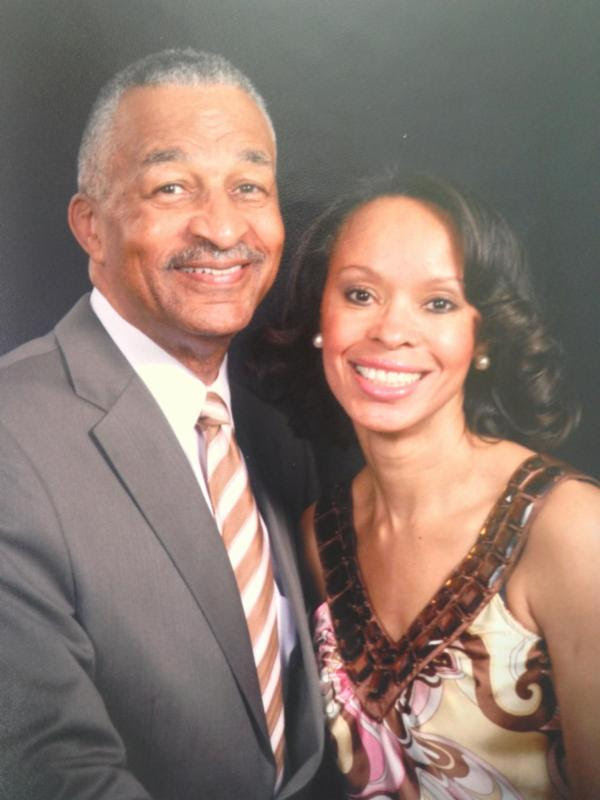 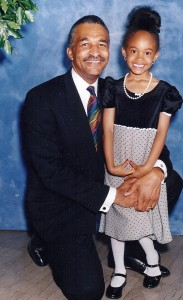