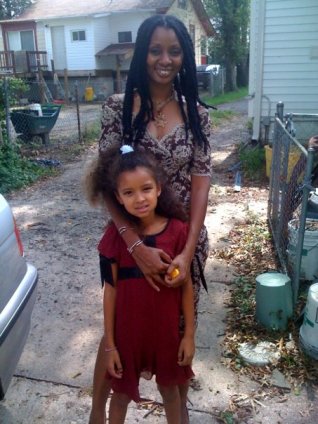 How did you find out about this letter? What was your reaction to it?

My good friend and Jazz historian, William Brower, forwarded the letter to me.

How does it feel to know that Malcolm X knew your father (“they all know me well,” he said in the letter), and that he was one of his favorite artists?

My immediate, visceral reaction was the smile, a huge smile, followed by a bit of melancholy in wishing I could have had discussion about Malcolm X with my father.  I was thrilled to read it, not only because he speaks so warmly of my father, but his thoughts on the significant role of music, and that of the musician, were immensely moving.  And, of course, the intimacy of a hand-written letter!

Did your father ever tell you that he knew “Detroit Red” and/or Malcolm X? Was it unusual or usual for him to talk about who he knew? And if he did, what did he say about Red/X? Did he tell you about his reaction to Malcolm X’s assassination, 50 years ago this month?

He never told me about knowing Malcolm X, although he did mention The Nation, and Elijah Muhammad, in terms of proper diet, living, etc.  He would reference the book “How to Eat to Live” when discussing health with us.   He often talked about his friends and contemporaries.  Folks like Miles Davis, Dizzy Gillespie, of course, Dexter, Sonny Rollins, Don Patterson, Nancy Wilson, Amina Myers, Milt Jackson, Stan Getz – they were all great friends.  Some would come to the house when they were playing town, or sometimes he’d take us to see them perform.  While he never spoke of Malcolm’s assassination, my father was progressive and kept abreast of political happenings, especially as it pertained to African Americans, so I’d assume that he was saddened and deeply troubled.

What did you tell your children about this letter, their grandfather and Detroit Red/Malcolm X?

Well, I have a 13 year old daughter, Johanna, and we talk about her grandfather all the time.  She is pretty open and receptive, thankfully.  I asked her to read it, and share her thoughts with me.  She had questions about the other musicians referenced, and who Malcolm was, etc.  At the end of our discussion, her words were, “That’s really cool, Mom!”

Did you bid for the letter?

No.  I was not aware it was being auctioned.  That said, I would hope that whomever possesses it would gift or loan it to a museum where the public could see the actual document.

What is your opinion of what Malcolm X said about music (and your father) in the letter?  “Music, Brother, is ours—it is us—and like us it is always here—surrounding us—like the infinite particles that make up Life, it cannot be seen— but can only be felt—Like Life!!! No, it is not created—but like the never-dying Soul—eternally permeates the atmosphere with its Presence—ever-waiting for its Master—the Lordly Musician—the Wielder of Souls—to come and give it a Temple—mould it into a Song. Music without the Musician is like Life without Allah…both being in need of the house—a home—The Temple — the Complete Song and its Creator Sonny & Milt Jackson played together up in Flint, Mich.”

Again, it was so profound, and so deeply personal.  It felt a bit like eavesdropping to read it.  Music is Life to me, a very sacred experience – I feel this way about all good music, regardless of genre.  I completely empathized with this sentiment.  To have him refer to my father, and Jazz, no less,  in that way is mindblowing to me!!

This month marks the 50th anniversary of the assassination of Malcolm X and this fall marks the 50th anniversary of the publication of the Autobiography. You’re an interim program director at a Pacifica station that plays jazz, so this kind of thing must be very important to you. From your view as a manager of an on-air art forum, what should we remember about Malcolm X AND the artistic vision exemplified by your father, that he praised so well?

Malcolm X is one of my heroes, particularly after his pilgrimage to Mecca, but really, all of Malcolm.  To show how you can change your life, and how your transformation to help and uplift others – a constant lesson and challenge for humanity.  Through the letter, we get a different glimpse of Malcolm as a cultural icon and thinker, in addition to a political one.  His comparison of  the Creators of The Music to Life and Allah really speaks volumes as to what Jazz, Great Black Music, if you will, means to us as a people, as a society – national and globally.  Simply put, Jazz is sustenance for the soul – beautiful!  All of the creators of Jazz, and all music of a higher vibration, empower us to expand our minds, and access a higher spiritual experience or sensibility.  This is indeed what we try to do with Music at WPFW.  By the way, on February 20th, WPFW will present Malcolm and the Music, based, in part on this letter.  I hope folks will listen and certainly offer feedback.

Unfortunately, I only know the little I’ve read about it, and I don’t know if my father or other musicians were a part of it.    I don’t think his words there are specific to my father, but speaking more to The Musician as a key to Life and Liberation – or as he says “…the Wielder of Souls.”

Now, feel free to add or say anything you want below–to answer something I didn’t ask! Someone you want me to try to fit in the article.

It was just wonderful to experience a part of Malcolm X that is not heralded enough in my opinion – his deep love for, and commitment to all humanity.  HIs understanding of an interconnectedness, not on this plain, but as a spiritual experience, through music.  Certainly, it gave me a new and wonderful perspective on how deep and far-reaching my father’s contributions to music were, and still are.