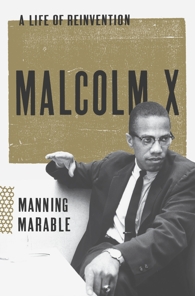 Manning Marable’s Malcolm X: A Life of Reinvention is the example, unfortunately, of a serious Black Marxist activist-intellectual being seduced by 21st century celebrity academia in the last years of his extraordinarily productive life. Originally meant to be a work of scholarship, it devolved, for many reasons, into a work of entrepreneurship, peppered with some author hubris.

This biography, hailed as a masterwork by those in journalism and academia who know better but don’t want to spit on a great Black writer’s grave, was researched by a committee of graduate students for a decade while the author worked on at least two other books and battled the lung condition that ultimately claimed him the weekend eve of publication. The back-cover author blurbs are not from Malcolm X scholars like Zak Kondo, William Sales and Paul Lee, but from celebrity talking-heads Michael Eric Dyson, Cornel West and Henry Louis Gates, an Ivy League trio who have done well in the last 20 years role-playing the progressive scribe for love and money.

This book is a breakthrough—if that word is defined as an accomplishment of well-written compilation and commentary. A reading of the footnotes shows that Marable’s Malcolm is, in many ways, the product of four previous books—The Autobiography of Malcolm X,, the 1978 updated version of Peter Goldman’s The Death and Life of Malcolm X, Louis A. DeCaro’s On the Side of My People: A Religious Life of Malcolm X and, to a lesser extent, DeCaro’s Malcolm and the Cross: The Nation of Islam, Malcolm X, and Christianity.

What is new, then? First, the creation of a narrative using much of the new Malcolm X scholarship since the publishing of Bruce Perry’s much-maligned Malcolm X: The Life of a Man Who Changed Black America almost 20 years ago. Second, the painfully personal parts of Malcolm’s life—his sexual dysfunction, possible marital infidelity and, according to one main source and one third-hand source, a possible pay-for-play homosexual relationship he had with a rich white man while still the hustler Detroit Red. (The last item was in Perry’s book.) This feat is achieved by interviewing fewer than 30 subjects using, apparently, a single grant from Columbia University, where Marable taught for about 20 years. So instead of interviewing 100 to 1,000 people, standard for A-1 biographers, Marable conducts his own orchestra without all of the instruments, filling gaps by whistling his own critiques of Malcolm’s intellectual development. 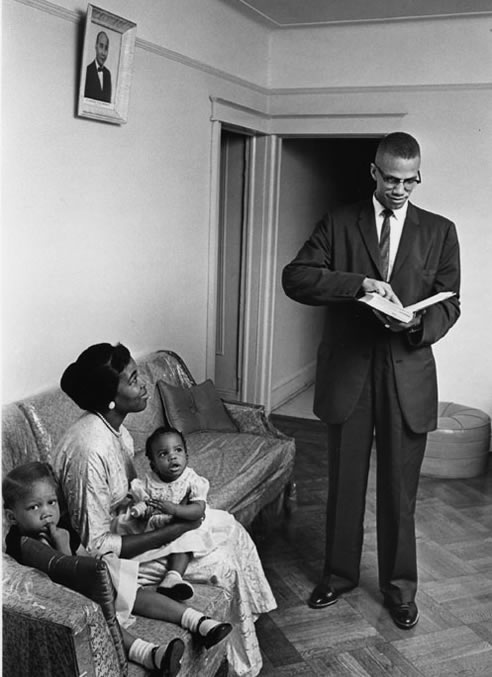 MARABLE PROFILES MALCOLM as a performance-loving street cat who grew into a religious zealot and demagogue, who then grew into a prophetic voice and then, ultimately, emerged as an ambassador representing Black America in the Middle East, what El-Hajj Malik El-Shabazz termed “The Muslim World.” The outline of the story is well-known. Detroit Red transformed himself, through discipline and faith, and turned his righteous wrath on the white world. He gains power and loses faith. He gains a new faith but at the cost of his life. He becomes almost an idea unto himself, cheering Pan-Africanism, Black Power and Black Consciousness from the Realm of the Ancestors as Afro-ed revolutionaries come forth, bringing into the daylight the ideas Malcolm told Alex Haley late at night. Now he is a Hollywood film and a postage stamp, the other half of “Martin And” every February.

But when Marable is not accusing his subject of, for example, being anti-Semitic and twisting facts about the March on Washington and its leaders confirmed, at least by my view, by radical historian Howard Zinn, the author does a good job in showing how first Malcolm X, and later El-Hajj Malik El-Shabazz, put real fear into America by upstaging it at home and abroad, dumbfounding those who started dumb. “At every step, Malcolm was treated like a visiting dignitary, and his prominence over the course of several days at social and public events must have stunned the CIA and FBI,” Marable writes. “The Bureau had spent years trying to split Malcolm from Elijah Muhammad, with the expectation that the NOI schism would weaken the organization and its leaders…[W]ith each stop in his itinerary, the FBI received fresh reports about Malcolm’s expansive social calendar and his growing credibility among African heads of state.” Marable explains that Malcolm had specific goals, which included not just “forging a Pan-Africanist alliance between the newly independent African states and Black America,” but also de-legitimizing the Nation of Islam in the Muslim World, with Mecca ever denied to heretics. Whether with Black nationalists in America, Kwame Nkrumah in Ghana or the Muslim Brotherhood in Lebanon, the man born Malcolm Little becomes a world leader, representing a nation that exists only in the decolonized mind. 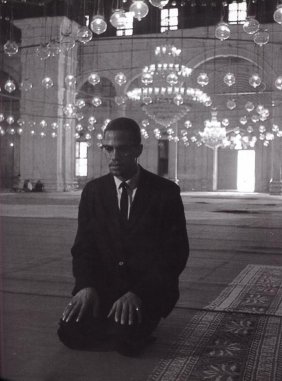 THE PYRRHIC VICTORIES are Malcolm’s, but to paraphrase the last line of The Autobiography, the mistakes have been Marable’s.  Illness and death, although unfortunate, are not sufficient excuses, particularly for an Ivy League university professor with extended resources and contacts. Malcolm X deserves better—a full, rich biography that brings his life and work further. This book carries some understanding of Malcolm X forward, but not definitively. It could have come close with much more time and primary source research, but time tragically ran out for its author. Ultimately he, like his subject, stood alone, facing the abyss with an almost-finished book and an unseen-but-hoped-for big mainstream payday.

It’s not up to Marable’s heirs or his graduate students to set up the next biography. It is up to those of his soldiers still alive to tell the tale to set up a Malcolm X Oral History Project and keep the flame alive until more documents are released from offices and attics, more books published by people willing to do the hard, unglamorous, time-consuming work of a biographer, like a brilliant young scholar and Black press columnist named Manning Marable did once upon a time with the political life of W.E.B. Du Bois. A book needs to be written, for instance, just on Malcolm’s trips to Africa and Saudi Arabia by scholars who care enough to actually go to those places for an extended length of time to get more than just Malcolm’s account.

This flawed book does a dual service to African-American letters and history. It permanently blasts The Autobiography into the fictional world of Spike Lee’s epic and begins a new era of Malcolm X scholarship for those who seek competing truths from as many voices as possible, not lucrative book contracts or top listings on Amazon.