Well,  it’s not the first time: 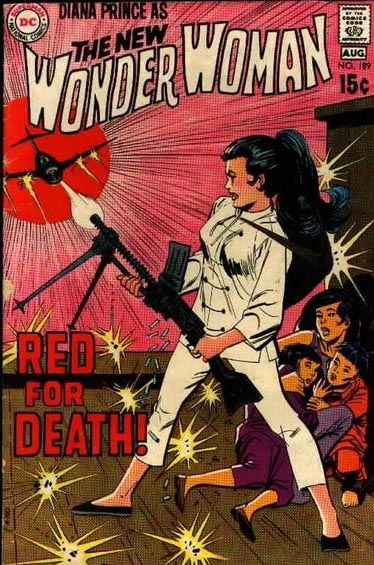 When she was a powerless, Diana Rigg-type secret agent in the late 1960s-early 1970s (the less said about this version, and this era, the better 🙂 ), she wore pants allthetime.

Her wardrobe will change back. After all, there are 70 years worth of merchandizing invested in the current costume.

Here’s my proof: remember when Superman looked like this? 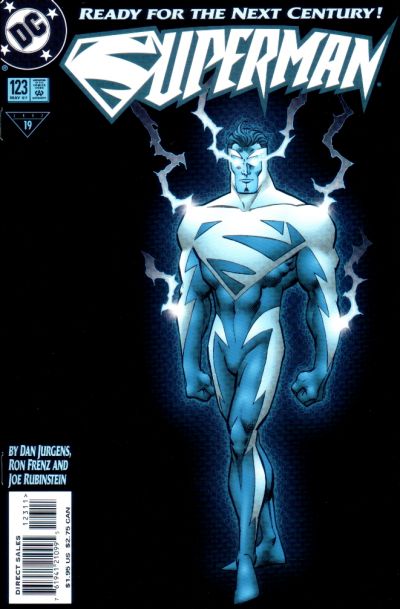 No? Yep, just my point; the “next century” lasted for about a year.  🙂 He was back in his original uniform and powers by his 60th anniversary. Wonder Woman’s 70th anniversary is next year, and she’s just as timeless, so…..

This is the first cover of Ms. magazine, from 1972. In it, founding editor Gloria Steinem complained about how her childhood hero, the only woman as powerful as Superman, got her powers taken from her. (DC  Comics eventually listened, changing her back.)  Here’s what she says about the “new” Wonder Woman of 2010.